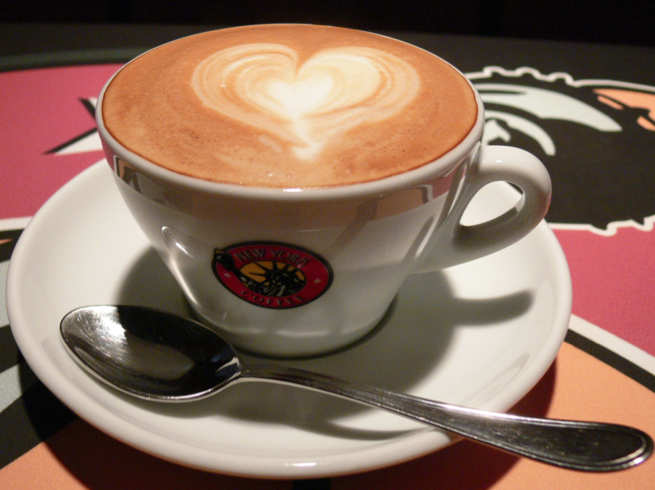 My first ‘Best of the Web’ mail was sent on January 4th of 2010. It was called ´Morning mail´. It was written in Dutch and it was sent to six people, all Robeco colleagues. Mail number two was simply dubbed ´nr 2´. It was clear that I had a winner here…. I was glad no one had replied ‘not interested’ though.

Best of the Web just happened, really. Following a year of being unemployed taking a leave, I was used to find all my information on the internet. As I re-entered office life, I had some problem getting adjusted to moving back to newspapers again: it felt so much like yesterday’s news (no offence meant: I have re-learned to appreciate newspapers by now). It seemed only logical to collect the best bits I found on the internet and share them.

It started pretty basic. Some links, no website, not charts: not even the daily cup of coffee, which became the trademark in the first year. It took me until the thirteenth edition before I started to call it Best of the Web: my mailing list had expanded to a whopping fifteen persons by then. It took my to the 60th edition or so before I asked my CEO whether he wanted to be on the list. Lucky for me, he turned out to be a big fan.

So, what do you do when you reach such a landmark, besides organizing a drink? At number 500 I asked a couple of leading readers to make a selection of the best of the first 500. In honor of reaching the 1000 mark, I have decided to keep it simple: ‘reprint’ the first collector’s item edition. The original Dutch mail can be found here, but for the English readers, here is the translation:

“As an introduction: starting today I would like to send out a morning mail. Not a regular morning mail, no stock closings, recaps: only links to the articles that I read yesterday that were interesting. The aim is to:

1)     Let it be as time efficient as possible: it should not take me extra time to collect (I am reading this stuff anyway, so bundling it shouldn’t cost that much time)

2)     Let it be as time efficient as possible: it should not take the reader much time either. In order to get this done, I will limit myself to 10 links each day.

3)     Links do not have to reflect my personal opinion.

4)     I do not guarantee continuity: if there is nothing worthwhile to share, no mail. Holliday: no mail.

5)     It should be digestible for the average reader: if it is too technical, I will not bother you.

For the record: rule number two was broken by edition 18. That was also the first edition, which featured a picture of a cup of coffee.

As for the links, it was pretty basic:

Something to keep an eye on: a trade war between US and China and the public opinion in the US (Krugman): overcapacity in China is the underlying problem

And here is Krugman’s take on it….

Not only Greece and the UK are in the trouble zone with respect to credit ratings: so is…. the Netherlands?

Some thoughts on the US Treasury market (arguing why US Treasury yields should go to 5.5%…)

Flow of funds in the US: mutual funds are still experiencing outflows…

And even some humor!

I am not sure whether I will make it to number 2000, but for now, I will keep on publishing the mails. Support, retweets and the occasional beer are always very much appreciated!

One thought on “Best of the Web, complementary edition.”