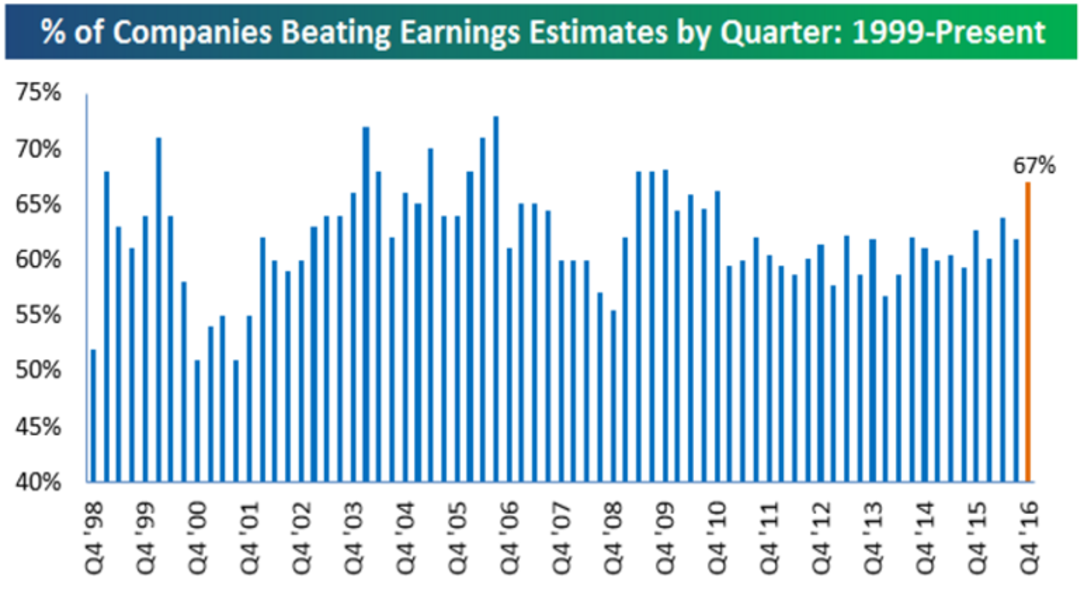 It is the end of January and we are right in the midst of the so-called earnings season; the period in which all listed companies report not only their quarterly earnings, but also their annual figures. Traditionally US companies attract the most attention. This is not only linked to fact that the US economy is the most important in global terms, but it is also because US companies are much faster at publishing results. Not that the results of an ING or AstraZeneca are not important, but it’s all a little less high profile and the results come out slightly later than leading US companies like Apple and Amazon.

As I indicated in my previous graph column, global economic momentum clearly picked up in the fourth quarter, so it will be interesting to see if that is also reflected in the earnings figures. And yes, the graph above does seem to indicate that it was a strong quarter for earnings too. Two thirds of the companies that have reported figures have published results that have beaten estimates. At this point we are looking at the best quarter since 2010, which means we can shrug off any fears of an earnings recession.

Still some reasons for caution

So on the face of it, things look reasonably encouraging, but there are still some reasons not to get too optimistic just yet and these are:

Not all that many positive earnings surprises